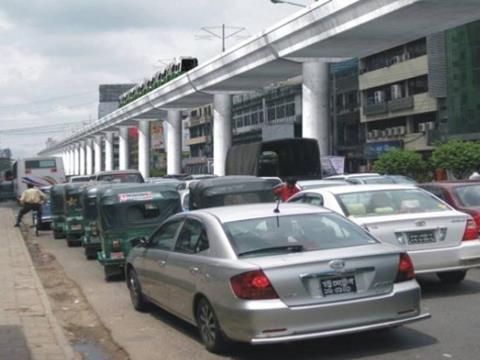 BANGLADESH: Funding for the Dhaka Mass Rapid Transit Development Project is included in a ¥70·693bn official development assistance loan package signed by the Japan International Cooperation Agency and the government of Bangladesh on February 20.

Development of a metro network forms part of the 20-year Dhaka Strategic Transport Plan approved by the government in 2004. The first line to be built would be a 20·1 km elevated north-south route from Uttara North to Bangladesh Bank in Motijheel with 16 stations. This is designated Line 6, but has been selected as highest priority of three corridors which were surveyed for JICA in 2009-11.

Ridership is predicted to be 510 000 passengers/day, with passengers transferring from cars and buses and thus helping to reduce chronic road congestion.