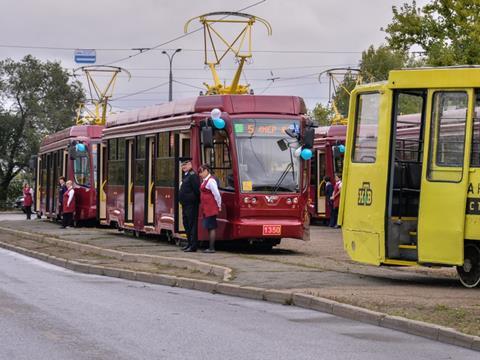 RUSSIA: Kazan transport authority Metroelektrotrans has taken delivery of 10 partly low-floor KTM-23 trams from UKVZ, with two more due to arrive by the end of the year.

The 270m rouble order for 12 trams follows delivery of 10 KTM-23 trams in April-May. A previous call for tenders issued on July 6 had to be cancelled a week later owing to lack of funds, but procurement has restarted following the receipt of federal funding.

Since 2002 Metroelektrotrans has purchased 92 trams in order to replace KTM-8 vehicles built in 1995-2000 and some KTM-19 vehicles dating from 1999-2003. Once these are removed from service, the oldest trams in service will be 13 years old, and two-thirds of the fleet will be low-floor.