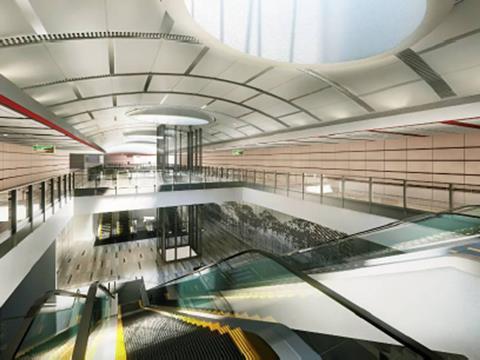 SINGAPORE: Land Transport Authority has awarded a S$285m contract for the construction of Caldecott metro station and associated tunnels to Samsung C&T Corp. Construction is due to start in August for completion in 2020. The station will be an interchange between the under construction Thomson Line and the Circle Line.

A separate S$421m contract was awarded to Shanghai Tunnel Engineering Co for the construction of 7 km of twin tunnels on the Thomson Line, including 0·6 km of cut-and-cover tunnels. The tunnels would run from Woodlands to crossover tunnels beyond Woodlands South and to the depot at Mandai. Work is due to start August 2013 with completion planned for 2019.

The 30 km Thomson Line will be fully underground and will have 22 stations, including six interchanges.