Lausanne station to be rebuilt 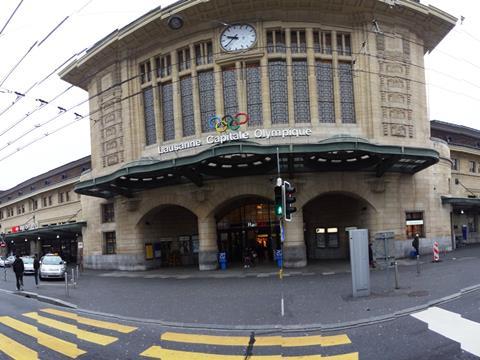 SWITZERLAND: The Federal Office for Transport has approved plans for Swiss Federal Railways to proceed with the reconstruction of Lausanne station. Announcing the decision on June 3, BAV said that the government would contribute SFr900m towards the SFr1∙3bn cost.

The main objective is to extend the platforms to a length of 420 m to allow longer trains to be introduced on the busy routes from Genève to eastern Switzerland, so increasing capacity. Platforms will also be widened and three new subways will be built below the platforms, with all three offering direct access to the Lausanne metro.

Describing the project as ‘exceptionally complex’ because of its size and city centre location, BAV said the scheme was linked to other rail projects and involved a number of third parties. Publication of the original proposals generated 70 objections, which led to the plans being changed twice. The alterations mainly affect the south side of the station building and the underground area below Place de la Gare.

The plans that have now been approved attracted another 30 objections, mainly concerning the effects of construction works, but BAV has specified a number of environmental measures and technical requirements to mitigate disruption. Further appeals may be lodged with the Federal Administrative Court.

Reconstruction of Lausanne station is one of the most significant projects in the Léman 2030 programme covering modernisation and improvements to the 66 km main line between. Genève Aéroport and Lausanne.