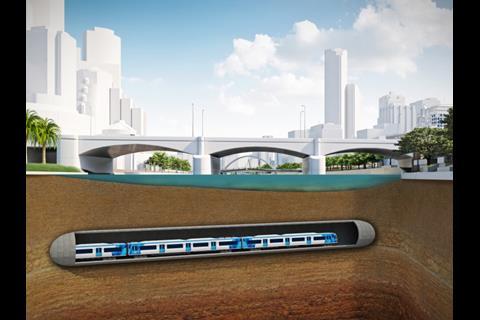 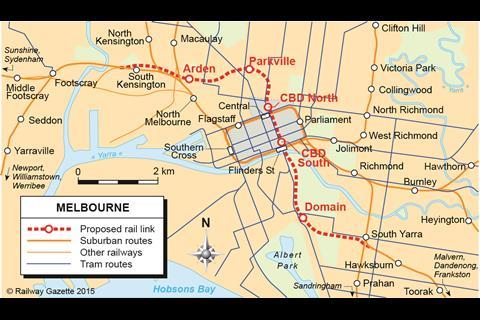 The bidders shortlisted to undertake preliminary works are:

The shortlisted bidders are to submit formal proposals in the second quarter of 2016, with a view to the contract being awarded in mid-2016. Preliminary work is due to begin next year. The 9 km link is intended to connect the proposed Airport branch and the Sunbury line northwest of the city to the Cranbourne and Pakenham lines in the southeast. The route would run in twin-bore tunnels between South Kensington and South Yarra, with five underground stations, including two tram interchanges. According to the Victoria government, it would enable 39 000 extra passengers to be carried on the suburban network every peak hour.

The announcement came a day after the publication of the business case for the A$10·9bn project.