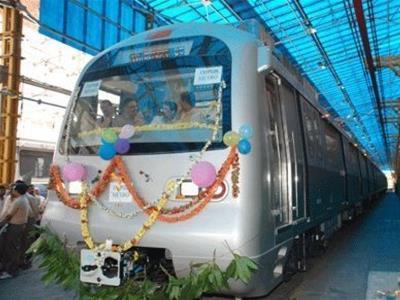 Jaipur’s first metro line is due to open in August. The Green Line will run east from Mansarovar to Chandpole, with a short extension to Badi Chopar planned to open later. The entire line will be 12·1 km long with 11 stations, three of which will be underground. Construction of the standard gauge line, electrified at 25 kV, started in November 2010.

Phase II of the metro will see the construction of the north-south Orange Line from Panipech to Sitapura.