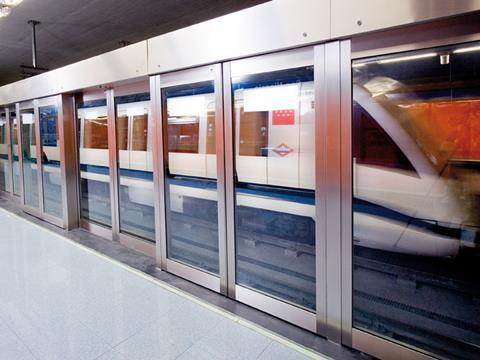 SPAIN: Overnight trials of platform screen doors commenced on four stations of Madrid metro Line 12 in November, which will last until early 2010. The PSDs will then be used during normal passenger service for two months before being dismantled and the platforms made good.

The trial is part of Metro de Madrid’s long-term plan to upgrade and automate the metro network. Bombardier has now completed the resignalling of Lines 1 and 6.