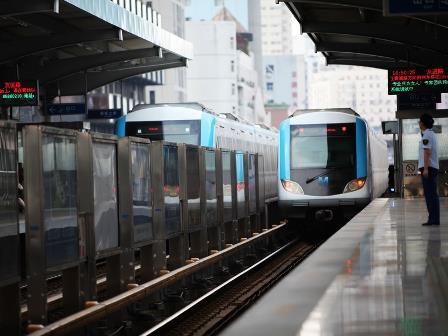 CHINA: Work on the first phase of Changsha metro lines 3 and 4 is expected to get underway by the end of the year. The southwest-northeast Line 3 would be 33·4 km long with 24 stations and Line 4 would run northwest-southeast for 29·1 km with 21 stations.

Construction of the Yuhuazhai – Yanpingmen and Jixiangcun – Xiaozhai sections of Xi’an metro Line 3 began on May 30, while work on other sections should start in October. The 50·5 km line with 31 stations is due to open at the end of 2015.

A feasibility study is being evaluated for the 28 km, 23-station first phase of Wuhan metro Line 3 linking Tunyang Avenue and Hankou. Costing 20·4bn yuan, opening is envisaged in 2015.

An Urban Rail Transit Project for Xiamen covering a planned a 247 km, six-line network is also being assessed.