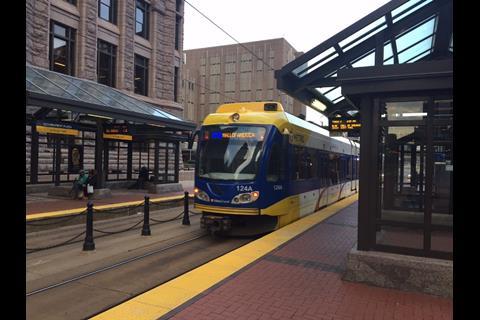 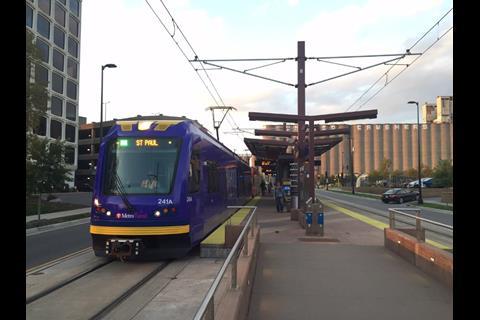 USA: Twin Cities regional authority Metropolitan Council has invited expressions of interest for the supply of up to 77 new light rail vehicles to operate the expanding network in Minneapolis and St Paul.

Proposals are due by December 18 for an initial order of 27 cars with options for up to 50 more, to be delivered from 2019. The first vehicles are needed to operate the Southwest LRT Green Line extension to Eden Prairie, on which construction is expected to start in 2017 for opening in 2020. Additional cars would be required to work the Bottineau LRT extension of the Blue Line to the northwest, which is expected to follow in 2018-21.

The new vehicles would be Metro Transit’s third generation of LRV. Having bought 27 cars from Bombardier to operate the original Blue Line which opened in 2004, Metro Council selected Siemens for its next build. This covered 47 cars for the Green Line to St Paul, which opened in June 2014, and 12 more to augment the Blue Line fleet. A further five Siemens cars were ordered shortly before the remaining options expired at the end of September, and these are due to be delivered in 2018. Ridership on both lines is running well ahead of forecast, with each route carrying around 1 million passengers per month. Average weekday ridership is around 40 000 on the Green Line against a forecast of 33 000. The Blue Line is carrying 33 000 passengers/day, well ahead of the 24 000 expected by 2020. Last month Metro Transit achieved a ridership record, carrying more than 100 000 passengers in a single day.

The Southwest LRT is expected to be carrying around 34 000 passengers/day by 2040, with the Bottineau Line carrying a further 27 000. Completion of the two extensions would bring the light rail network to a total length of 79 km.

Meanwhile, the city of Minneapolis is seeking funding for a 5·5 km streetcar starter line to serve the city centre. Tentatively costed at $215m, this north-south line would use the pedestrianised Nicollet Mall, connecting the convention centre with the St Anthony Main area north of the Mississippi river using the Hennepin Avenue bridge, and interchanging with both light rail lines at Nicolette & 5th Street.