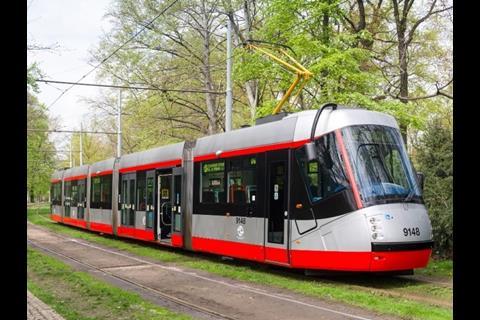 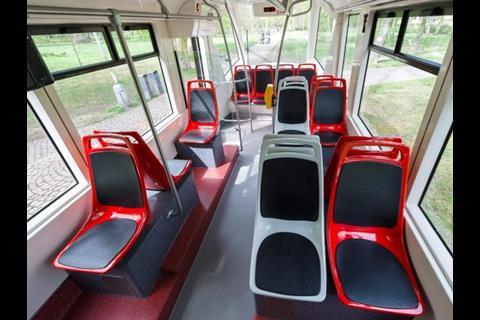 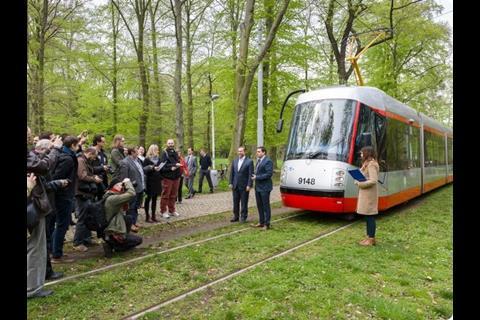 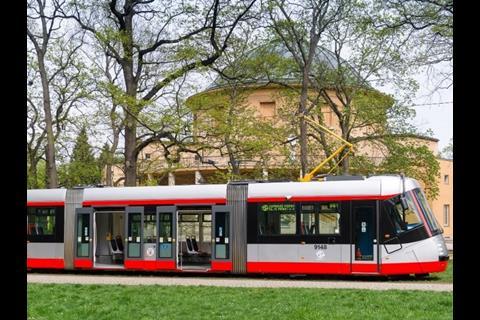 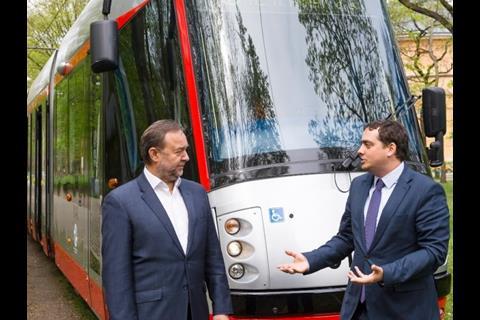 CZECH REPUBLIC: DP Praha presented a prototype of a modernised Škoda 14T tram on April 18. If trial passenger operation on routes 3 and 17 is successful, the Praha tram operator intends to modernise its remaining 14T trams.

The work was carried out at DP Praha’s central workshop in Hostivař and cost KC2·6m. Technical training was provided by Inter-Informatics. Changes include a remodelled interior for better passenger flow, achieved by replacing longitudinal seats in three of the five sections with transverse seating supplied by MSV Interier.

DP Praha has 60 14T trams, which were built between 2005 and 2009. At the end of 2014 cracks were discovered in the frames, leading to the trams’ withdrawal from service.