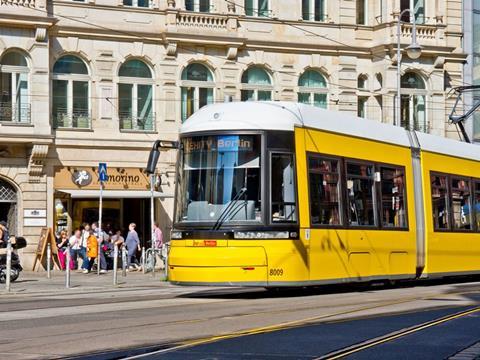 GERMANY: Berlin transport authority BVG has exercised the final option in its framework contract for Flexity Berlin trams, supplier Bombardier Transportation announced on February 27. The order for 21 trams is valued at €71m.

The 100% low-floor seven-section bidirectional trams will be 40 m long and will be equipped for regenerative braking.