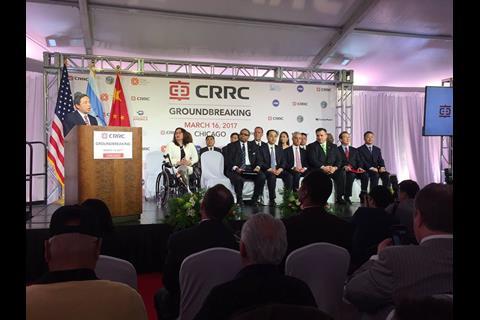 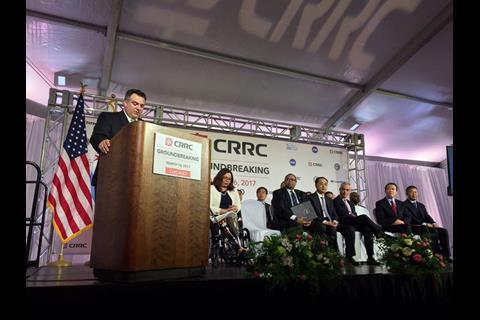 Chicago Transit Authority awarded CRRC Sifang a framework contract last year for the supply of up to 846 Series 7000 metro cars. The firm order is for 490 cars, with around one-third of the $772·5m cost coming from a TIFIA loan and the remainder from Federal Transit Administration grants and CTA sales tax bonds.

As part of the contract, CRRC committed to assemble the cars in Chicago. The $100m plant will employ around 170 workers and create almost 130 additional construction jobs. CRRC is to spend $7m on training.

Production of the Series 7000 cars is due to begin in early 2019. Prototype cars are expected to be completed for testing that year, ahead of entry into service in 2020. The base order will allow around half of the current fleet to be replaced.

This is CRRC’s second plant in the USA. In September 2015 construction began on a $95m plant in Springfield, Massachusetts that will assemble metro cars for Boston. Completion of the Springfield plant is scheduled for this year, with the first cars due to arrive Boston in 2018.