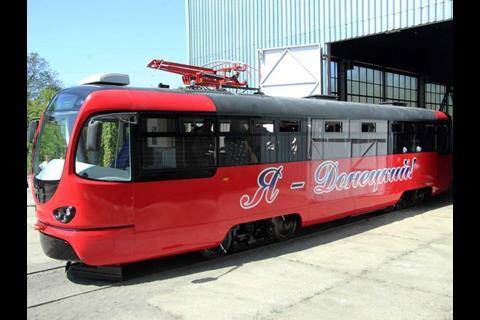 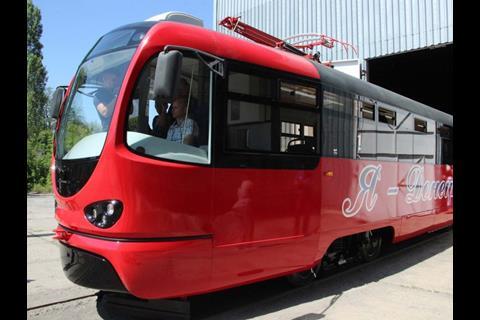 UKRAINE: Head of the breakaway Donetsk People’s Republic Aleksandr Zakharchenko attended the rollout of a tram built at the Donetsk Electrotechnical Plant on August 21.

Assembly began in March. The frame and bogies of a Tatra tram were used, and 80% of components came from the DPR, with the remaining one-fifth imported from Russia.

A naming competition received 4 000 entries, with the winning entry was being ‘I am from Donetsk’.

After dynamic testing, the single-section tram is expected to be put into service on Route 1 in Donetsk.