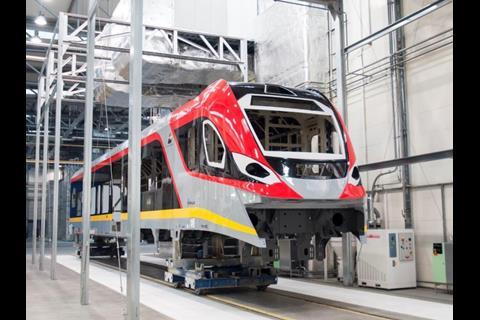 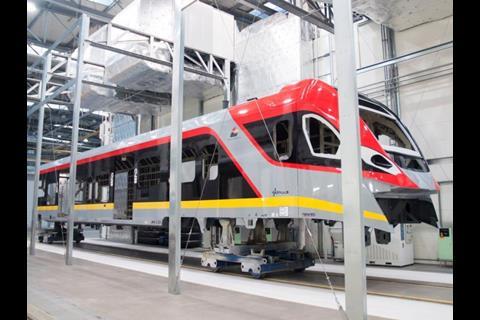 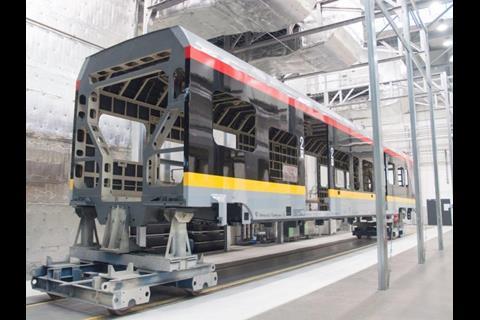 POLAND: The first next-generation Impuls electric multiple-unit is nearing completion at Newag’s factory in Nowy Sącz. It is expected to be completed next month and begin tests at the Żmigród test circuit in June.

Newag is supplying 14 Impuls II EMUs to Łódź suburban operator Łódzka Kolej Aglomeracyjna under a 236·8m złoty contract signed in February 2017. The supplier will maintain them for 12 years at a cost of 1·476 złoty/train-km.

The first four are scheduled to be delivered to the operator in October and enter passenger service in December. They are expected to run on a new route from Skierniewice to Kutno via Łowicz that is due to be introduced with the timetable change.

Each three-car trainset will have 160 seats, and will be equipped with air-conditioning, wi-fi and bicycle spaces.