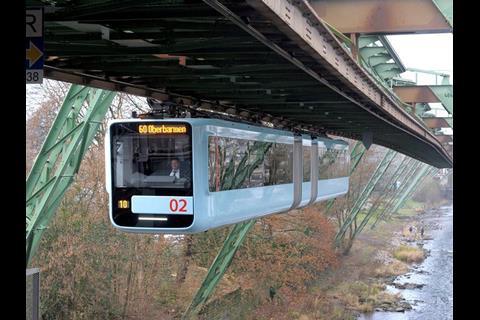 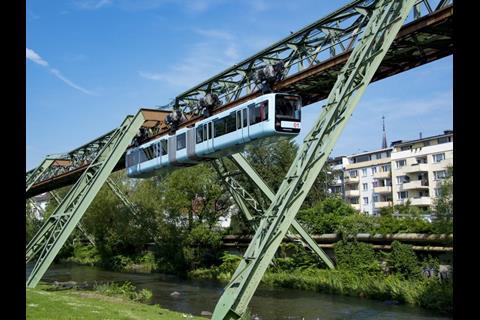 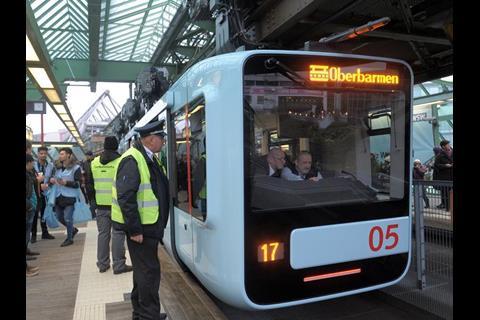 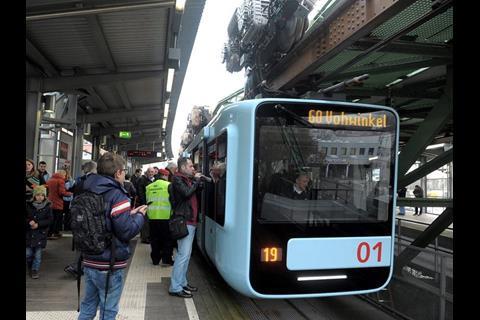 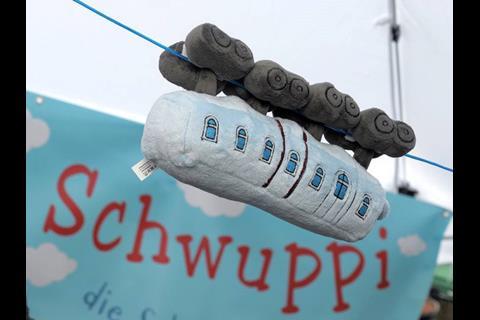 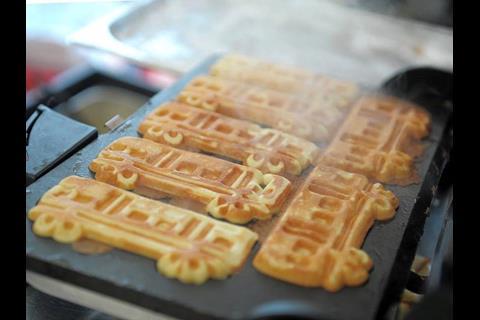 GERMANY: A ceremony at Kluse station on December 18 marked the entry into service of the first five Generation 15 vehicles on Wuppertal’s schwebebahn suspension monorail.

The first Generation 15 car was presented in Wuppertal in November 2015. The 31 three-car sets are being supplied by Stadler Rail Valencia under a €122m contract awarded in November 2011. Traction equipment is being supplied by Vossloh Kiepe, with Prose providing vehicle development and manufacturing support services for the mechanical elements. The 24 m long trainsets have been styled by büro+staubach.

Alstom is providing Atlas 400 ETCS Level 2+ signalling, developed at its Charleroi site, under a €17m contract signed in 2012. To enable peak headways to be reduced to 2 min, the power supply on the 13·3 km line has been increased from 600 V to 750 V DC.

The Generation 15 rolling stock forms part of a 20-year modernisation programme. It is envisaged that once all 31 vehicles are in service, the 25 trainsets supplied by MAN in 1972-75 will be retired.