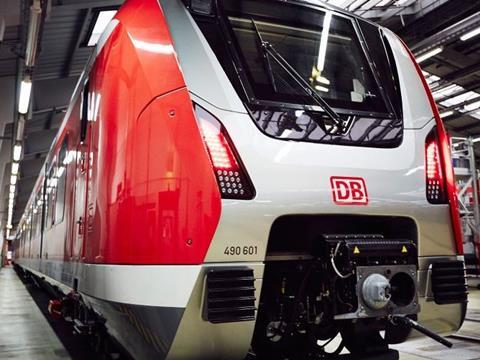 GERMANY: The Hamburg Senate has given the go-ahead for DB subsidiary S-Bahn Hamburg to place a firm order for Bombardier Transportation to supply 12 additional Class 490 three-car electric multiple-units. This will enable six-car formations to be operated across the network.

Stabling facilities for 28 trainsets are also to be built near Langenfelde and Stellingen stations, and a station is to be built at Ottensen on Route S1/S11 at a cost of €22·6m.

The additional EMUs are to be ordered as an option on a 2013 contract which covered 60 units with options for up to 86 more. The first trainset from the initial order was delivered from Bombardier’s Hennigsdorf plant to Hamburg in October, ready for test running ahead of the planned start of series production in March 2017.