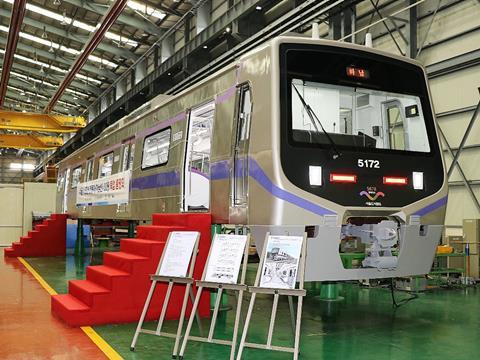 SOUTH KOREA: Hyundai Rotem presented a prototype of its latest metro car at its Changwon factory on January 18.

In December 2015 Seoul Metropolitan Rapid Transit Corp — which operates metro lines 5, 6, 7 and 8 — awarded Hyundai Rotem a contract to supply 32 metro cars for use on the first phase of the Line 5 extension. The eastern extension from Sangil-dong to Deokpung, scheduled to open in 2018, is the first phase of a planned 7·7 km extension to Hanam.