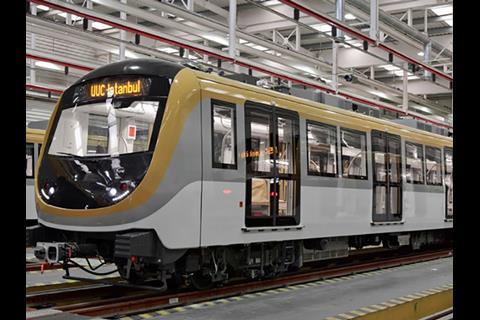 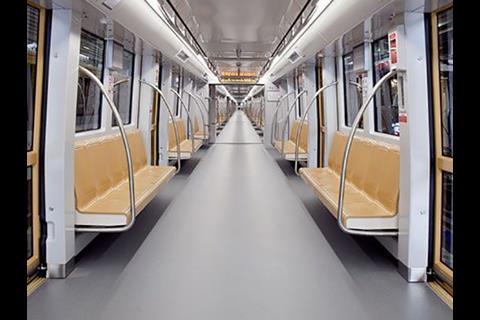 CAF is supplying 21 six-car trainsets with Mitsubishi electrical and automation equipment under a €119m order placed in June 2014. The 132 m long sets consist of four motor and two trailer cars, and have capacity for 1 622 passengers. Maximum speed is 90 km/h and power will be drawn from overhead wires at 1·5 kV DC. The fleet will be stabled at a depot near Dudullu station, shared with the future Line M8 and accessed by a 2·8 km branch.

Line M5 is under construction between Üsküdar and Çekmeköy on the Asian side of the Bosporus. The 16·7 km line with 16 stations will run entirely underground and is due to open next year. Construction of the €564m project began in March 2012 and is being undertaken by Doğuş Construction Group.

Bombardier is supplying its Cityflo 650 CBTC signalling, and the line has a design capacity of 55 000 passengers/h per direction. The end-to-end journey time is expected to be 27 min.