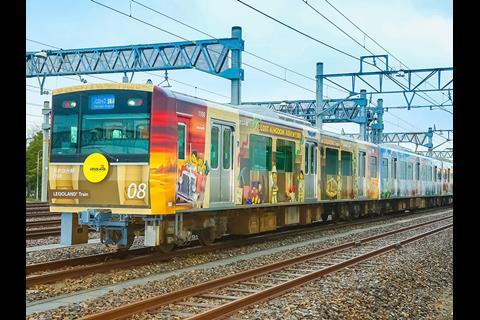 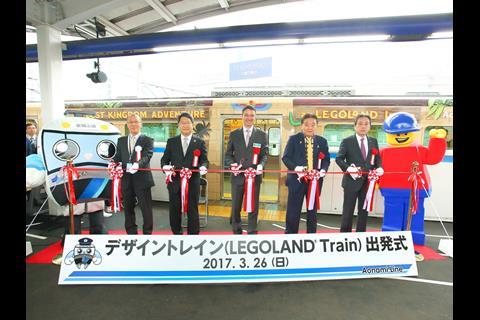 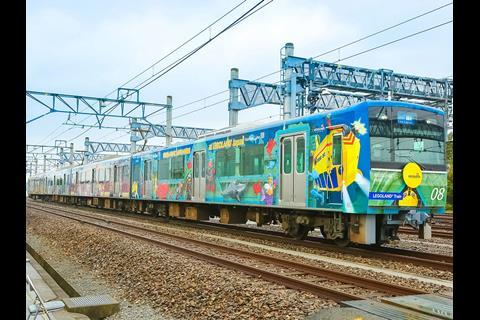 JAPAN: An electric multiple-unit operating on Nagoya Rinkai Rapid Transit Co's Aonami Line has been specially decorated to promote the Legoland Japan theme park ahead of its official opening on April 1. The EMU’s four cars are themed on the Lost Kingdom Adventure, Dragon Coaster, Rescue Academy and Submarine Adventure attractions.

The promotional livery was unveiled on March 26 by officials including the Mayor of Nagoya, the President of Nagoya Rinkai Rapid Transit Co, Legoland Japan mascot Buddy and the Aonami Line mascot Aotetsu-kun.

'I am extremely honoured to be able to introduce the Legoland Train, the only one of its kind in the world, after plans for it were put into motion nearly three years ago’, said Legoland Japan director Torben Jensen at the unveiling ceremony. 'It excites me to think of the Legoland Train carrying so many happy children to Legoland Japan.’