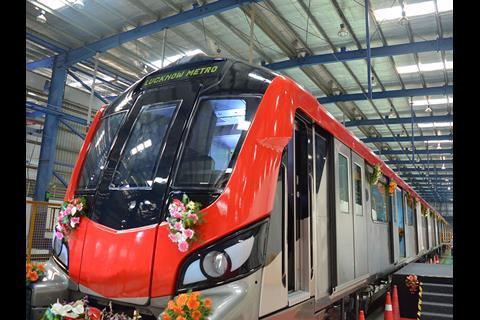 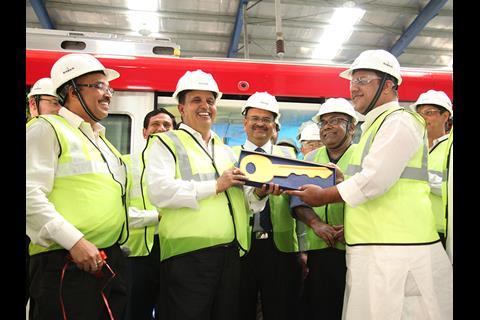 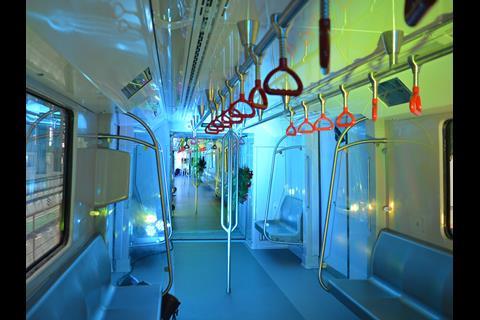 INDIA: Test running on the Lucknow metro is set to begin on December 1, following the ceremonial handover of the first trainset at Alstom Transport India's Sri City factory on November 4.

The first of 20 four-car Metropolis trainsets was handed over within 65 weeks of the contract award on September 2 2015, which Lucknow Metro Rail Corp said was 'one of shortest known periods' for the supply of metro vehicles. The styling of the front of the trainset is inspired by the gates to some of the city's monuments.

Alstom’s €150m contract also includes the supply of Urbalis CBTC for the 23 km line, which will have 19 elevated and three underground stations. Ridership is estimated at 430 000 passengers per day at first, increasing to over 1 million by 2030.

On November 7 LMRC began casting concrete tunnel lining segments for the 3·4 km Charbagh – Hazratganj underground section of the line. Two TBMs are to be used, with a daily requirement of 60 segments forming 10 rings.