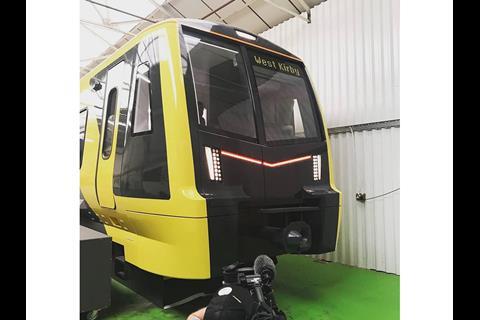 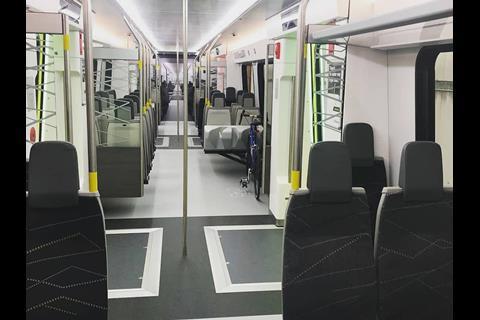 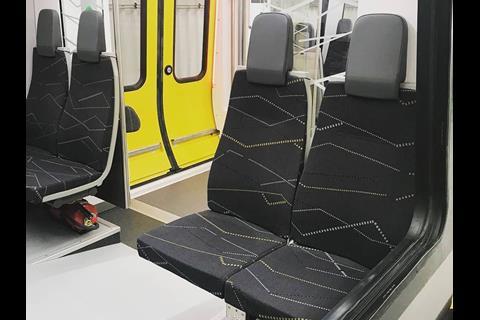 UK: Liverpool region transport authority Merseytravel has unveiled a full-sized mock-up of a driving car from one of the 52 four-car electric multiple-units which it has ordered from Stadler for use on Merseyrail services.

The mock-up includes working doors and a sliding step to demonstrate how the new fleet will offer fully step-free access.

Stadler was named preferred bidder for the 750 V DC third rail EMU order in December 2016, beating Bombardier Transportation, CAF, Siemens and a consortium of Mitsui, Alstom and East Japan Railway’s J-TREC. The contract signed by Merseytravel and Stadler Bussnang in February 2017 is worth up to £700m, including maintenance by the supplier throughout the EMUs’ expected 35-year life-cycle.

The 120 km/h Stadler EMUs will completely replace the current ageing Merseyrail fleet, with all of the new units expected to be in service by 2021.

The Stadler EMUs are designed for the driver to be responsible for door control and dispatch, rather than the guard as at present. On August 31 the Liverpool City Region Combined Authority, Merseyrail and RMT trade union jointly announced they had agreed in principle that trains would continue have a second member of staff on board, ‘subject to the provision and approval of an appropriate, affordable and sustainable funding package’.

Some of the additional funding required could come from productivity changes, however ‘additional means will also need to be considered by all parties, which could include an enhanced crackdown on fare evasion and increased fares.’ Detailed development of a full agreement would ‘take some months and will require compromise on all sides’, and ‘until dialogue has been completed there will be no further industrial action.’