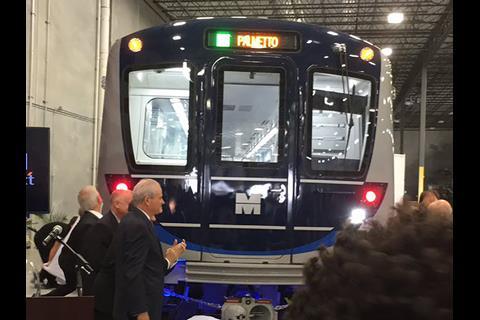 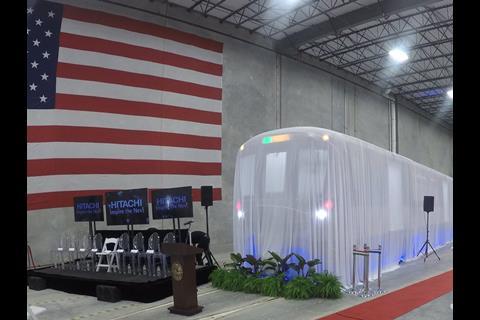 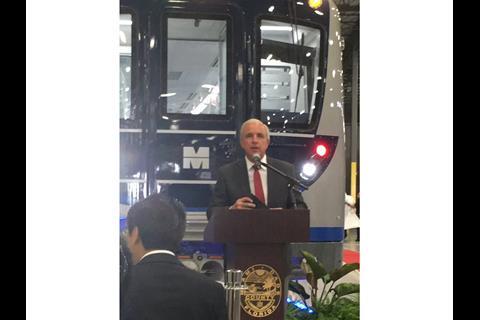 USA: The first two cars for Miami-Dade Transit’s Metrorail network were unveiled by Mayor Carlos A Gimenez at Hitachi Rail USA’s plant in the Medley district of northwest Miami on October 24.

The plant is to assemble 136 metro cars which Miami-Dade Transit ordered from AnsaldoBreda for $300m in November 2012, before the manufacturer was acquired by Hitachi.

The air-conditioned cars will replace the current Budd stock dating from the 1980s. They will offer bicycle racks, wi-fi, LED lighting, CCTV and digital information and advertising displays.

Testing of the pre-series cars is scheduled to begin this year, with entry into passenger service planned from late 2017. Deliveries are due to be completed in the first half of 2019.