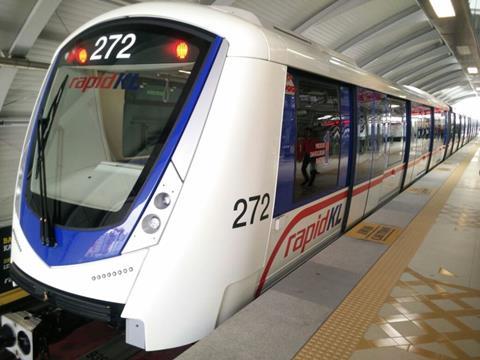 MALAYSIA: Kuala Lumpur transport agency Prasarana has ordered a further 27 four-car metro trainsets for the Kelana Jaya Line from a consortium of Bombardier Transportation and Hartasuma. Bombardier has a 1·2bn ringgit share of the 1·7bn ringgit contract that was announced on March 27.

The order for aluminium-bodied Innovia 300 driverless trains is a follow-on from the 14 previously ordered. The first of these was delivered to Malaysia in December 2015 and entered service a year later. As for the base order, final assembly and interior fit-out will take place at Westport in Malaysia. Deliveries are due to be completed in 2022.