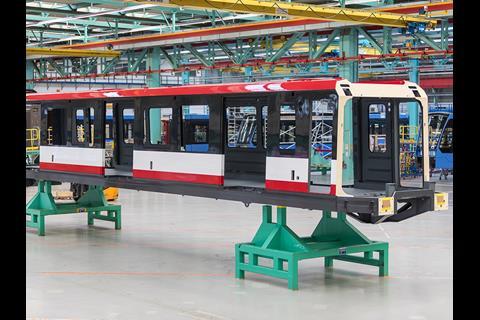 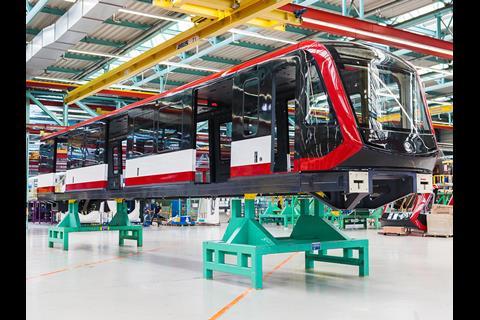 GERMANY: The first painted car body for a batch of 21 four-car Type G1 metro trainsets ordered by Nürnberg transport operator VAG has been completed at Siemens’ plant in Wien.

The trainsets were ordered in December 2015 at cost of €164m and are scheduled to be delivered at the end of this year, replacing 42 Type DT1 two-car sets which have been in service on line U1 since the 1970s. The contract includes two options for the potential supply of a further 13 trainsets.

Announcing the completion of the first painted carbody on April 17, Siemens said it was the first Europpean manufacturer to paint railway vehicles using robots.

Assembly is being undertaken in Wien, with components including the drive converters, traction motors, auxiliary converter units and control equipment being produced in the Nürnberg region. Project management, development and service support is being provided from Erlangen.