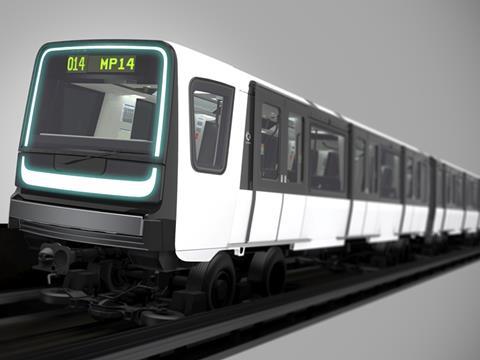 FRANCE: Paris public transport operator RATP is to exercise an option for a further 20 six-car MP14 metro trainsets from Alstom, the supplier announced on December 7. The order is to be placed in January and forms part of a framework contract awarded by RATP on behalf of Île-de-France transport authority STIF and Société du Grand Paris in early 2015, covering up to 217 MP14 trains over 15 years.

The €163m option is being funded half by STIF and half by RATP. The trainsets are to be used on Line 4 of the Paris metro, which is being upgraded to driverless operation.