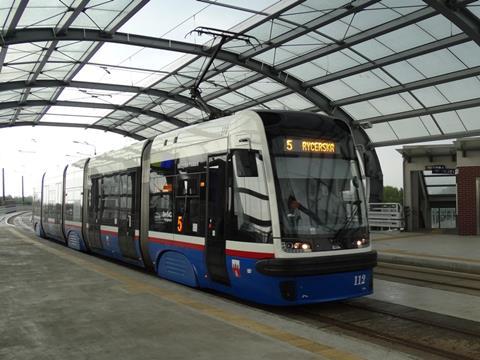 POLAND: Pesa is the sole bidder in a tender to supply 18 trams to Bydgoszcz, the city in which the manufacturer has its headquarters.

The 141·1m złoty order would include 15 five-section trams specified as being at least 30 m long, and three three-section trams. Three of the vehicles from Pesa’s Swing family would be delivered next year, with the remainder coming in 2018.

MPK Bydgoszcz had previously ordered 12 Swing trams from Pesa in 2014 at a cost of 109m złoty.