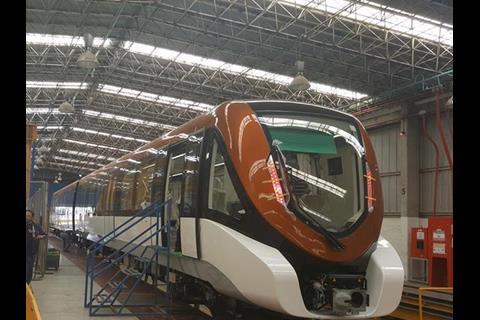 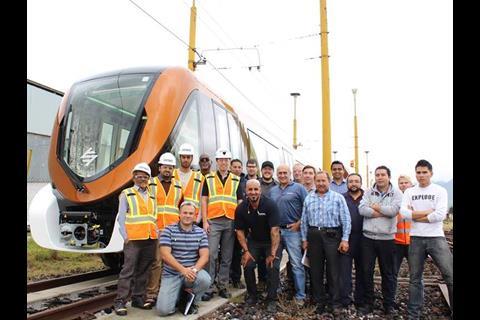 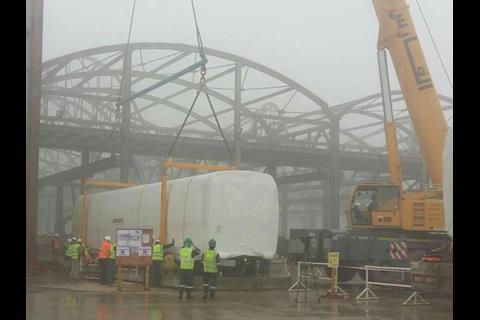 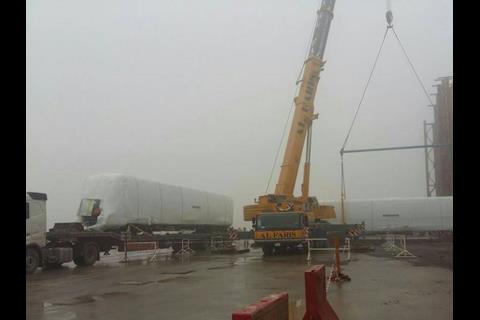 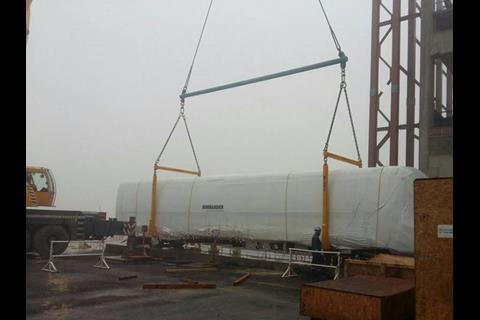 SAUDI ARABIA: Bombardier Transportation delivered the first driverless trainset for Line 3 of the Riyadh metro to the Saudi capital on November 29.

Bombardier is supplying 47 two-car Innovia 300 trainsets to operate on the 40·7 km Orange Line under its US$383m share of a US$5·21bn contract awarded to the Arriyadh New Mobility consortium. Bombardier is part of the E&M team, led by Ansaldo STS with a US$680m share; the consortium also includes an infrastructure team of Salini-Impregilo, Larsen & Toubro and Nesma.

Testing of the train was completed at Bombardier’s Kingston site in Canada in September. The vehicles are being assembled at Bombardier’s Sahagún plant in Mexico and incorporate Mitrac traction equipment, Flexx Eco bogies and aluminium bodyshells.

As with rolling stock for other metro lines in Riyadh, the Line 3 trains have first-class, family and single accommodation. There are three double doors per car and walk-through gangways.

Construction of the 176 km metro network has been divided into three works packages, with all six lines due to open in 2019. Rolling stock is being built to the same design specifications. Siemens is supplying 45 four-car Inspiro trainsets for Line 1 and 29 two-car sets for Line 2 from its Wien plant in Austria. Alstom is building 69 two-car Metropolis trainsets for lines 4, 5 and 6 at its Katowice plant in Poland.