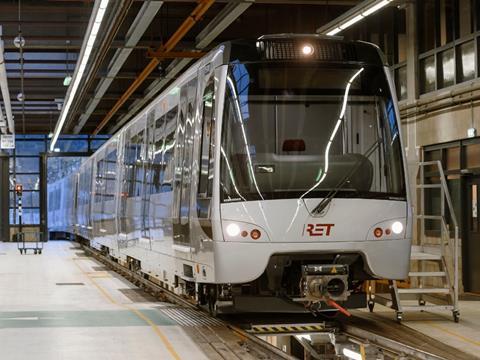 NETHERLANDS: The European Investment Bank announced on December 14 that it had signed a €120m loan agreement with Rotterdam transport authority RET. The low-interest loan will be used towards the purchase of rolling stock and signalling equipment.

RET is purchasing 16 three-section light rail vehicles from Bombardier to operate on the Hoekse Lijn between Hoek van Holland and Schiedam Centrum, which is being converted to metro standards. A further six LRVs will be purchased to increase capacity on Line , the RandstadRail route linking Rotterdam with Den Haag. The new rolling stock is expected to enter service from September 2017.