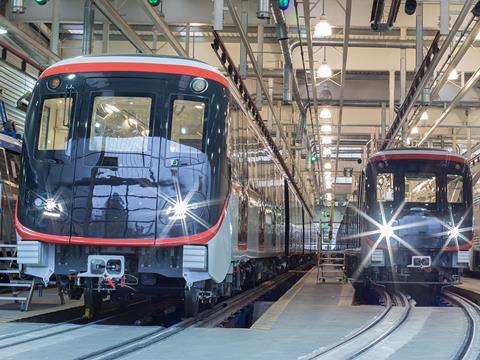 SOUTH AMERICA: CAF announced on December 21 that it had won follow-on orders to supply additional metro cars to existing customers in Chile and Colombia.

Metro de Santiago has approved a contract for four additional driverless trainsets. This is an add-on to a €160m order signed in late 2013 which covered the supply of 37 five-car trainsets for lines 3 and 6 along with 20 years of maintenance. So far CAF has delivered 20 of the trainsets.

Meanwhile, the Medellín metro has ordered two extra trainsets as follow-on to a €89m July 2015 contract for 20 three-car units which are currently being built.