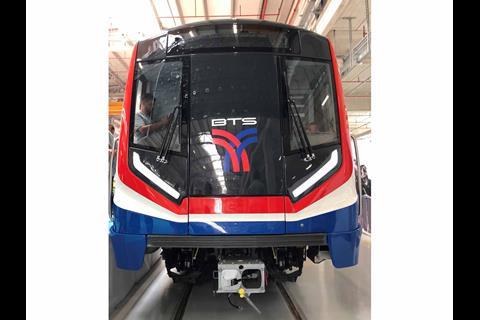 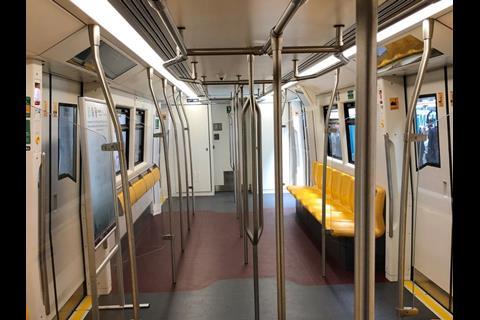 THAILAND: The first train that Siemens and Bozankaya are supplying for Bangkok’s Skytrain elevated metro was rolled out at Bozankaya’s Ankara factory on June 19. The train is due to leave the Turkish port of Borusan at the end of June and arrive at the Thai port of Laem Chabang in August.

In May 2016 Bangkok Mass Transit System Public Co placed two orders for rolling stock for use on the Skytrain network, which is being extended. CRRC Changchun Railway Vehicles Co would supply 24 four-car trainsets, and 22 are being manufactured by a consortium of Siemens and Bozankaya.

Production began in April 2017. Siemens is supplying bogies, traction and braking equipment. The company is also responsible for project management, and will maintain the trains for 16 years.

Each trainset has 112 seats and capacity for 1 460 standing passengers in crush load conditions. Its maximum speed is 80 km/h.

Siemens is also undertaking electrification of the Skytrain extension. Under a separate contract awarded by Bangkok Expressway & Metro and CH Karnchang, a consortium of Siemens and ST Electronics is supplying railway systems for an extension of the Blue Line. This includes 35 three-car trains, as well as signalling, power supplies, depot equipment and 10 years of maintenance.