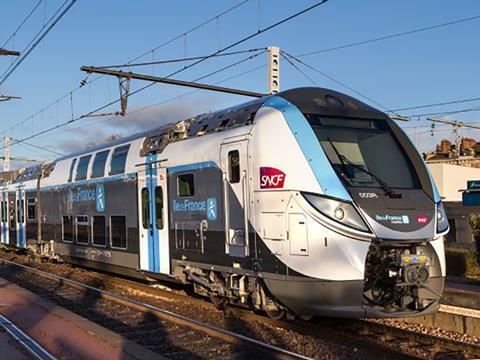 The order announced on February 19 is worth €96m, including ‘price escalations based on best faith assessment of assumptions’.

The order has been placed as an option within a framework contract covering up to 860 trainsets which SNCF agreed with Bombardier in 2010 on behalf of the French regions. A total of 134 Regio 2N EMUs have now been ordered for SNCF Transilien routes R, N and D, with the first having entered service on Line R in December 2017. In addition, 10 regions have now ordered a total of 382 units.