Walk-through trains are coming to the New York Subway 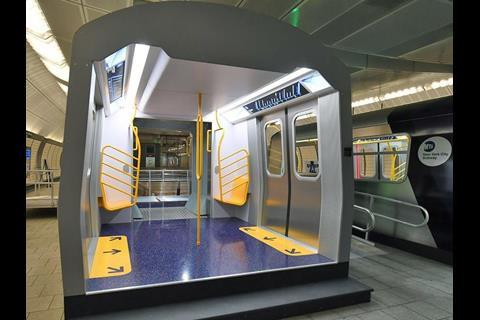 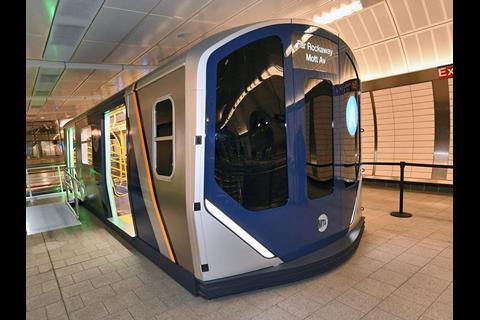 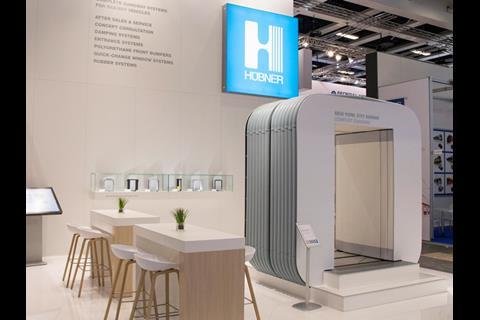 USA: Rolling stock component specialist Hübner used the InnoTrans trade show in Berlin on September 18-21 to introduce a model of the open gangway it is developing for the next generation of New York Subway cars.

Currently, New York Subway cars have no through gangways between cars, and transport advocates in the city have long argued that their introduction would help to mitigate overcrowding.

The first design to use open gangways will be the R211 cars which Kawasaki Rail Car is to supply to New York City Transit under a contract awarded in January worth up to $3·7bn. This will see an initial batch of 535 cars delivered, but this could rise to 1 612 vehicles if NYCT exercises all the contract options it holds.

Of the initial build, a pre-series fleet of 20 vehicles is to be equipped with Hübner gangways, although the company says that it expects to produce ‘more than 1 000’ of the assemblies from 2020. Production will largely be undertaken at its factory in South Carolina in order to comply with Buy America regulations.

‘We are proud to have won this very important order for the New York Subway’, said General Manager Helge Förster. ‘With the possibility of moving from one car to the next, not only is the comfort level of passengers increased but their safety and the subjective feelings of security are also improved, particularly in a big city environment. Furthermore, and this is the most important aspect, more passengers can be transported.’