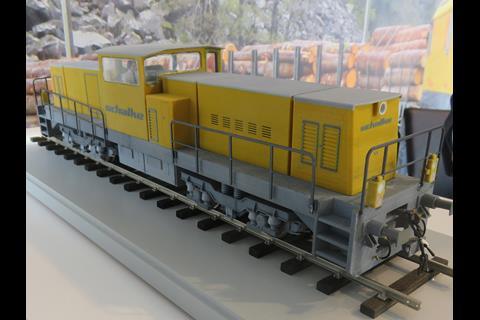 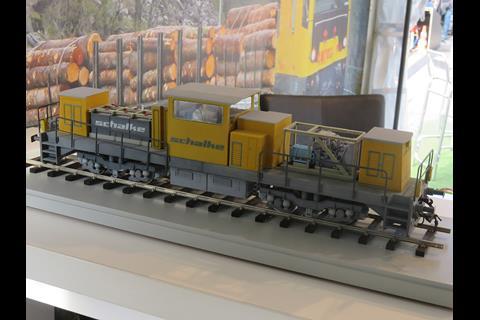 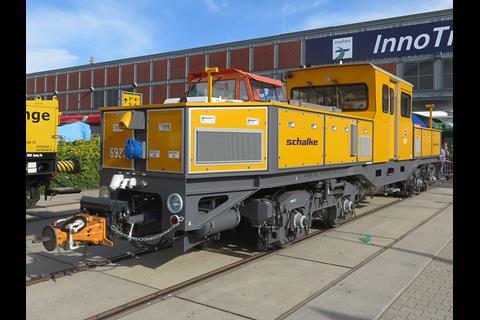 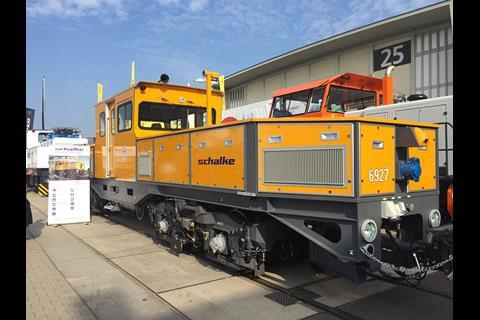 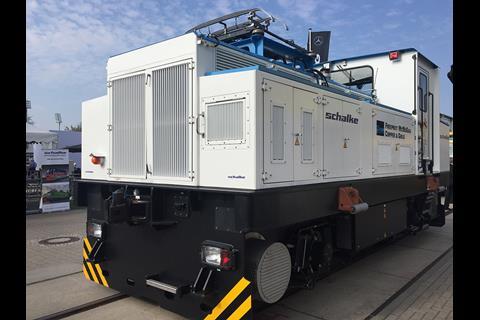 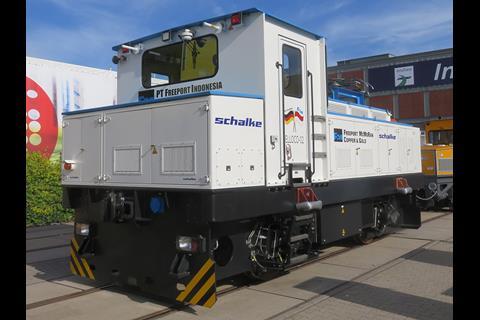 The design is being developed from the five MT-S-600-BE third-rail/battery electric locomotives which Schalke and Vossloh Kiepe are supplying to Wiener Linien for use on the Austrian capital’s U-Bahn network; one of these was on show at InnoTrans 2016.

The first two of the new modular locomotives are scheduled to be supplied to München’s U-Bahn next year, and orders from other German metro operators are expected to follow. While the design will offer more modularity than locomotives which Schalke has built in the past, the nature of the metro market means they will still need to be heavily tailored to an individual operator’s specifications.

Battery power, pantograph and/or third rail current collection and diesel powerpacks will be offered in any combination. Traction converters and other electrical equipment will be supplied by Ingeteam.

Schalke's main rail activities are in the mining sector. Also on show at InnoTrans was one of 10 custom-built MMT-M-270-BDE overhead electric/battery locos designed for use underground at Freeport-McMoRan's Grasberg copper and gold mine in Indonesia.

The importance of keeping the expensive mining processes running round the clock means the locomotives need to offer exceptionally high availability. They feature multiple redundant systems, and the battery module can be slid out and swapped for a diesel engine module in only 1 h to ensure continuity of operations in event of an electrification failure, during infrastructure maintenance or while tracks are being relocated.