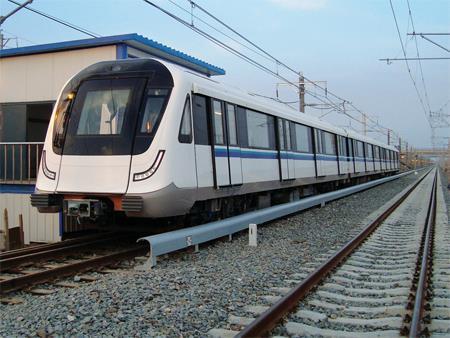 SINGAPORE: Land Transport Authority confirmed on March 28 the purchase of 15 three-car Movia trainsets from the consortium of Bombardier Transportation and Changchun Bombardier Railway Vehicles Co. The order is worth S$119·2m, with Bombardier's share valued at S$46m.

LTA had already purchased 73 trainsets for the Downtown Line. Of the 11 trains purchased for the first phase, Bombardier has so far delivered five. The additional trains are to increase peak capacity. Designed in Hennigsdorf and assembled in Changchun, they will be delivered from 2015.

The 42 km Downtown Line will run from Bukit Panjang to Expo via the Central Business District. The first phase, between Chinatown and Bugis, is due to open towards the end of the year. Phase 2 is planned for 2015 and Phase 3 for 2017.