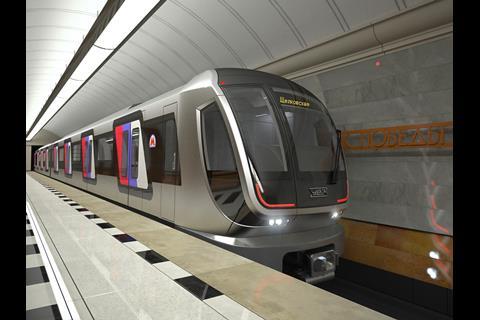 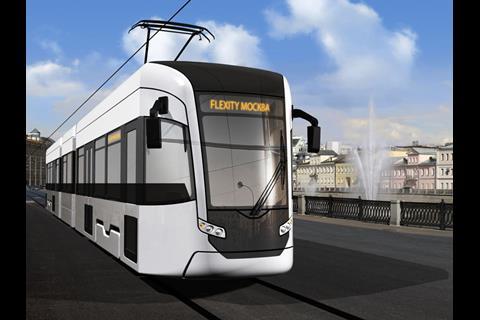 RUSSIA: Bombardier Transportation and Russian partner Uralvagonzavod unveiled a proposed metro trainset design for Russia and the CIS region at the Hannover Messe trade fair in Germany on April 8, along with the styling of the 120 Flexity low-floor trams which wagon and defence equipment supplier UVZ is to build for the city of Moscow under a contract signed in December 2012.

The metro proposal has been developed in anticipation of Moscow Metro calling tenders for new rolling stock through a process which will be open to international as well as domestic bidders.

Bombardier said the high-capacity trainsets 'specifically designed for the challenging requirements' of Moscow and other CIS cities would offer improved passenger comfort and faster passenger flows at stations, as well as 'significantly reduced' energy consumption and maintenance costs when compared with current rolling stock.

Bombardier and UVZ are considering forming a partnership which would provide technical support throughout the entire lifecycle of the train.