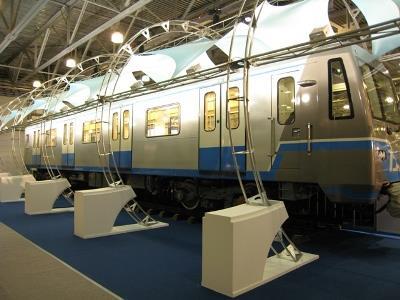 The signing ceremony was held at UITP's Eurasia conference and ExpoCityTrans exhibition in Moscow, where the prototype Type 81-760 car recently developed for Moscow metro by Transmash subsidiary Metrovagonmash was on display.

Under the deal, Metrovagonmash will supply 67 Type 81-740.4/741.2 'Rusich' metro cars, plus an eight-car train of the 81-760/761 design. The company will also refurbish 124 older Type 81-717/714 vehicles during the coming year. The total value of the contract is put at 5·6bn roubles, which will be funded from the metro's own resources. The Moscow city authority is also expected to fund the purchase of an additional 80 cars for the metro during 2011.