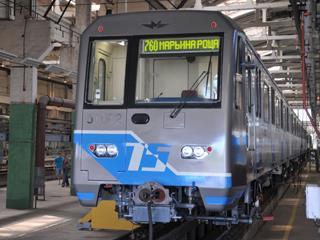 The cars will be equipped with air-conditioning, and onboard CCTV able to transmit images to the control centre. Track-friendly bogies are designed to provide quieter running and lower maintenance costs than the vehicles which the new cars will replace.

The new trains are also expected to be more energy efficient than current stock, despite better acceleration which will reduce the time taken to reach 80 km/h from 40 sec to 27 sec.