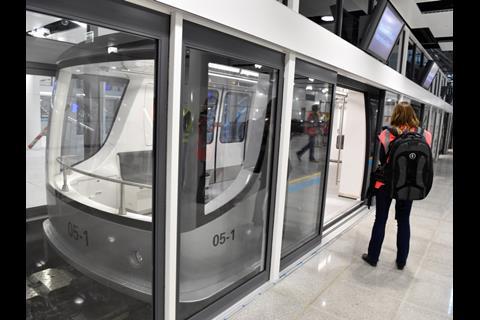 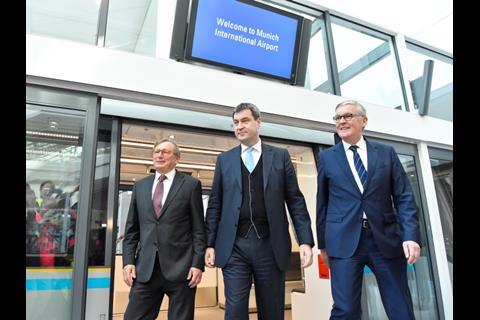 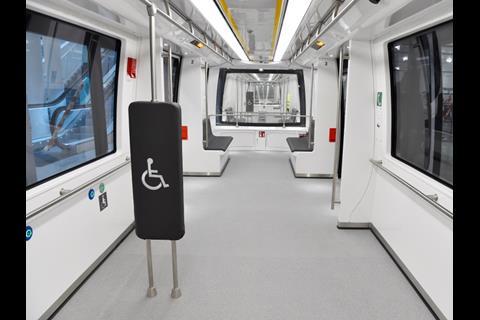 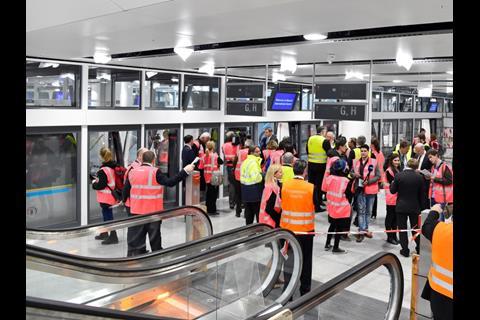 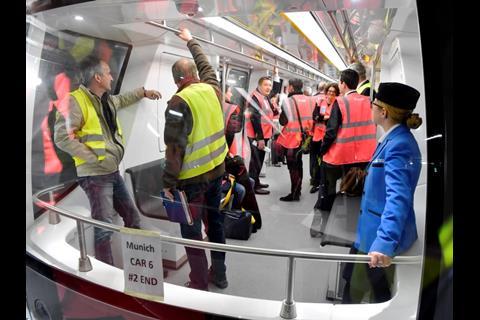 GERMANY: A test run of an automated peoplemover between München airport Terminal 2 and a future satellite facility was carried out on February 23.

Bombardier has supplied 12 Innovia 300 vehicles under an €89m contract awarded in November 2011. The scope also includes supply of Cityflo 650 automatic train control, telecoms, power supplies, platform screen doors and CCTV, as well as nine years of operation and maintenance. Each car has capacity for 90 passengers.

The 382 m tunnel was built at the same time as Terminal 2, which opened in 2003. Services will operate at 25 km/h on the double-track line, offering a journey time of less than 60 sec. Up to three trains will be used, giving a line capacity of 9 000 passengers/h per direction.