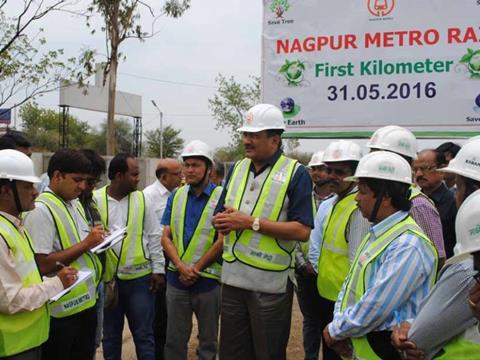 INDIA: Nagpur Metro Rail Corp has selected a consortium led by Systra and including Aecom, Egis Rail and Rites to act as general consultant for the first phase of the Nagpur metro.

Two lines are being built at a cost of Rs86·8bn under a public-private partnership. The foundation stone was laid on August 21 2014 and work is due to be completed by March 2018.

A 19·7 km north-south line will connect Automotive Square with Mihan City, with 15 elevated and two underground stations. Interchange will be provided at Jhansi Rani Square with a 18·6 km east-west route from Prajapati Nagar to Bansi Nagar with 19 stations.

Systra is also working on the Ahmedabad, Chennai, Kolkata, Delhi, Bangalore and Lucknow metros in India.