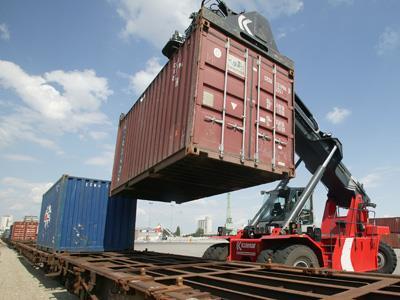 FRANCE: A joint venture of Millet SA and RegioRail has been selected by the port authorities of La Rochelle and Nantes Saint-Nazaire to become the new traction partner in their rail operating company OFP Atlantique. Millet and RegioRail are to form OuestRail which will take a 24∙9% stake in OFP Atlantique, La Rochelle holding 50∙2% and the port of Nantes Saint-Nazaire 24∙9%.

OuestRail is to succeed Euro Cargo Rail as traction partner with effect from July 1. ECR had announced its intention to withdraw from OFP Atlantique as part of a restructuring programme unveiled on December 8 2016, aimed at ensuring the long-term viability of DB Cargo’s French subsidiary.

The port authorities say that ‘a dozen companies’ had responded to their call for tenders to replace ECR, submitting ‘high quality’ bids. In the ‘difficult’ climate currently being experienced by the rail freight sector, this had demonstrated the underlying strength of the business model adopted for OFP Atlantique, which aims to provide quality logistics services for port customers.

Since being established at the end of 2010 OFP Atlantique has experienced ‘uninterrupted’ growth, according to the port authorities, recording a positive result in 2016.