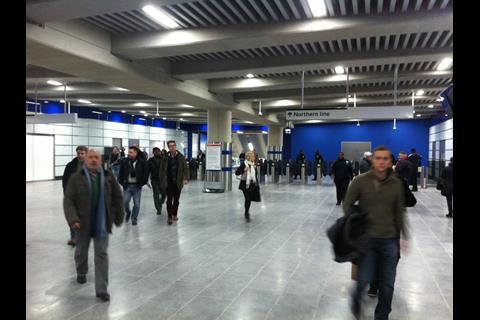 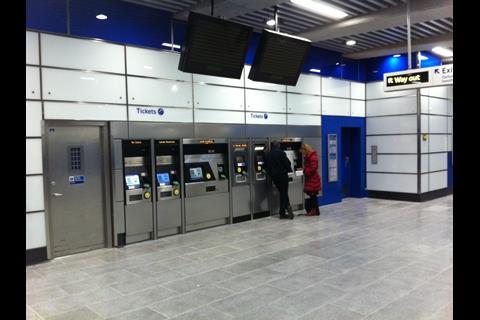 UK: London Underground marked the completion of the first stage of its £500m rebuilding of Tottenham Court Road station with the opening of the new ticket hall on January 12.

Providing interchange between the Central and Northern lines, the station is normally used by 150 000 passengers per day. This is expected to increase to around 200 000 following the opening of the interchange to Crossrail in December 2018, necessitating a significant expansion in capacity. Work on the reconstruction has been under way since the beginning of 2010, following the awarding of the main works contract in December 2009.

At present the new station box is accessed by escalators from an entrance on the south side of Oxford Street. A second surface access will connect with a glassed pavilion and plaza now taking shape below the Centre Point tower to the east of Tottenham Court Road.

Containing a large glazed control room and ticket vending machines, but no staffed ticket office, the spacious ticket hall is linked to the Northern Line platforms by the second-longest set of escalators on the Underground. The next stage will see the new hall connected to the Central Line, which will require the demolition of the old ticket hall under Oxford Street. This work is scheduled for completion 'before December', according to LU Managing Director Mike Brown.

Thanks to a 20% uplift in capacity following the installation of Seltrac CBTC by Thales last year, the Northern Line is currently carrying around 960 000 passengers/day; Brown says it is expected to pass the million mark shortly.