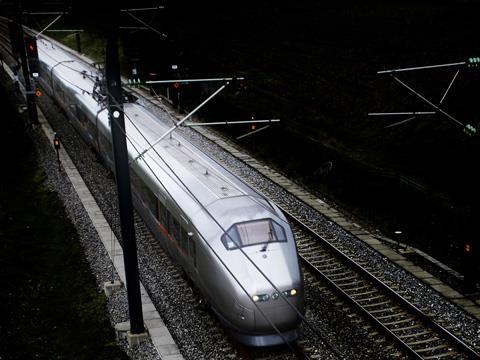 NORWAY: Australian simulator specialist Sydac has teamed up with The Railway Engineering Company, based in Wiltshire, UK, and Swedish company MSE Weibull to deliver six high-fidelity train simulators and three signalling simulators to Norsk Jernbaneskole under a contract worth £4·2m. They will be used in a purpose-built training centre near Oslo.

Due for completion in 2010, the centre will allow multiple trains to be simulated together, overseen by traffic controllers in an accurate representation of a live environment on the Drammen – Oslo – Gardermoen route. The simulators will include the area around Oslo Sentral, the busiest section of the Norwegian network.

The equipment will be installed in a bespoke facility currently being built by Jernbaneverket. Water-cooled ventilation systems will be used to remove excess heat quietly, allowing six driving simulators to run simultaneously in the same building.

The ‘full fidelity’ nature of the simulations requires the simulators to be faithful recreations of the Class BM 71 Flytoget trainsets, and the project partners are also replicating the signalling control screens and interlockings between Drammen and Gar­dermoen airport.

Harald Storstrøm, Director of Norsk Jernbaneskole, the training subsidiary of Jernbaneverket, is leading a team of teaching specialists in driving, signalling and traffic management, as well as train maintenance, with the aim of increasing the flow of fully-trained drivers and signallers into the Norwegian rail sector. Norsk Jernbaneskole is aiming to build the most advanced railway training academy in Europe, and its Director believes that simulation plays a key role in realising that aspiration.

TRE’s software provides a ‘one-to-one’ level of accuracy in traffic simulation, whilst MSE Weibull is building six cabs using materials, software and data from vehicle manufacturer Bombardier. Sydac and MSE Weibull are collaborating to supply military training equipment in Australia, and the two firms believe this shared background allows them to provide the requisite standard of both hardware and software for the safety-critical environment of the railway industry.

Design of the training suite is due ?for completion by the end of May 2009. The installation process is then likely to last for around 12 to 15 months.