‘Amazing thinking’ at the World Congress on Railway Research 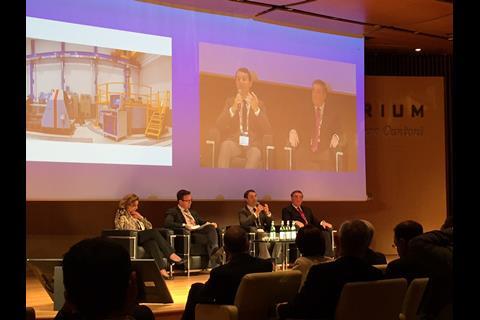 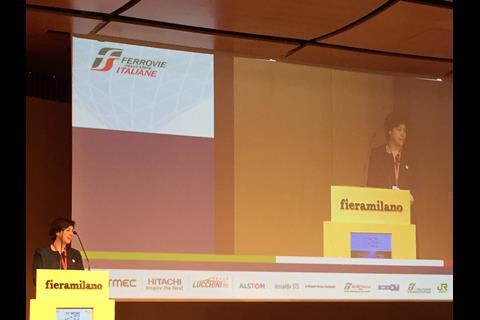 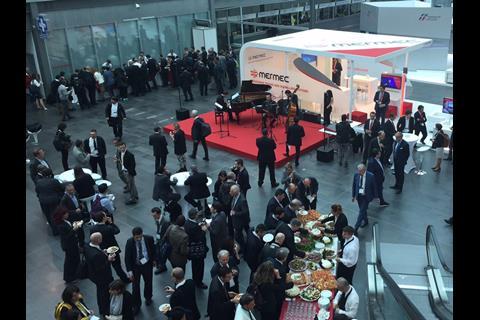 INTERNATIONAL: 'There is some amazing thinking going on in our industry which is not widely known', said FS board Chairman Gioia Ghezzi when welcoming delegates to the 11th World Congress on Railway Research, which the Italian state railway group is hosting in Milano.

'We are looking for a step-change in the world of transport, especially rail, with a much greater focus on sustainability', she said. However, the rail sector needs to communicate more with decision-makers. 'Unless we tell them what is possible, other industries will set the agenda', she believes. If rail is to increase its share of the global transport market from the current 8·2%, 'we have to be bold'. And that means 'talking to our customers to find out what they really need'.

Much of the discussion in the opening plenary session focused on the need for greater co-operation between modes, to make rail the backbone of what FS Chief Executive Renato Mazzoncini described as 'a sustainable transport ecosystem', which would also include suppliers and the research sector.

Adding that innovative transport was one of the sustainable development goals adopted by the UN at the COP21 negotiations in Paris, UIC Director General Jean-Pierre Loubinoux outlined five 'key principles' for rail to address: infrastucture, investment, innovation, intelligence and integration. To help deliver these, he said the industry needed to focus on five Cs: customers, cities, centres, corridors and complementarity.

Trenitalia CEO Barbara Morgante added that the rail sector needs to approach innovation with 'an open mind', noting that in the past this had not always been the case. It is important to look at other modes, and other industries for new ideas, and to communicate widely both inside and outside the business.

Noting that WCRR 2016 had attracted more than 1 000 delegates from 30 countries, Trenitalia's Technical Director Marco Caposciuti said the technical committee had been faced with 'a wealth of ideas' with more than 1 000 abstracts submitted. Of these, 440 papers had been selected for presentation in eight streams and an e-poster display, representing 'the best of innovation in this world'. Ghezzi said she hoped the congress would act as 'a lever to really push our decision makers'.