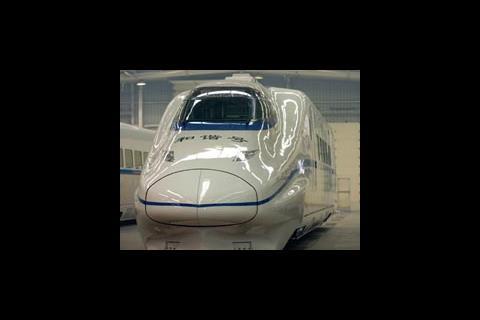 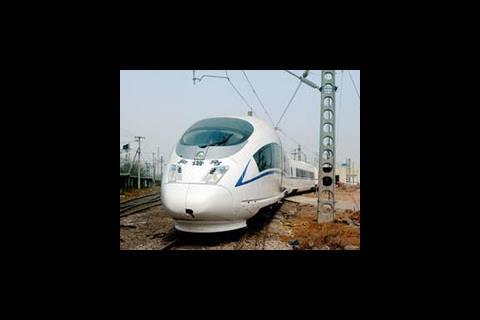 CHINA: Tickets for high speed services between Beijing and Tianjin went on sale on July 31, the day before the formal opening of the 117 km line.

Testing was successfully completed on June 30, since when 100 000 km of trial running has been undertaken without passengers. Regular services will begin on August 2, with 47 daily trains in each direction. An intensive shuttle service will run during the Olympic Games.

The line links Beijing South station with Yizhuang, Wuqing and Tianjin, and there is provision for a station at Yongle. The opening will cut journey times between Beijing and Tianjin from 70 min to 30 min, and free up capacity on the existing line. Construction of the 14·3bn yuan line had begun in July 2005. The flat landscape led to the selection of an elevated design, and around 100 km of the route is on pre-cast concrete viaduct with Max Bögl slab track supplied under a technology transfer agreement.

The maximum speed will initially be 300 km/h, but the alignment is designed to permit 350 km/h operation in the future. Minimum headways of 3 min can be operated using ETCS Level 1 signalling and control systems supplied by a consortium of Siemens, Electrification Engineering Bureau and China National Railway Signal & Communication Corp.

Sifang Locomotive has supplied 300 km/h CRH2 trainsets derived from Japan's E2-1000 family, while Siemens and Tangshan Locomotive & Rolling Stock Works will supply a total of 60 CRH3 Hexie ('Harmony') trains by the end of next year, a wider-bodied 350 km/h version of the Velaro design used in Europe.

UIC said the opening brings the total length of high speed line in service worldwide to more than 10 000 km, with around 1 750 trainsets in service.