Cambodian railway to be revived by 2013 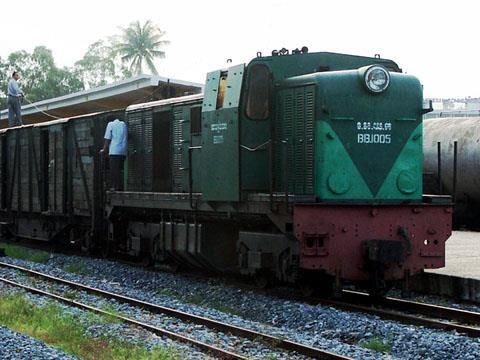 CAMBODIA: Asian Development Bank announced a second US$42m loan towards rehabilitation of the dilapidated rail network on December 16, doubling the funding it is providing for the US$141m project. ADB said freight trains will begin running on the southern line between Phnom Penh and Kampot near the Vietnamese border in 2011, and the entire 600 km metre-gauge network will be revived by 2013.

The 32-year loan means ADB is now providing 60% of the cost of the work, which includes reinstating the 48 km connection from Sisophon to Poipet on the Thai border destroyed by fighting in the 1970s. A modern freight and rolling stock maintenance facility is to be developed in Phnom Penh, and there will be connections with the road network and a major river port in Phnom Penh.

On June 12 the government signed a 30-year concession agreement covering Royal Cambodian Railways with a joint venture led by Toll Group, which was conditional upon the confirmation of international funding for rehabilitation.

'Without this project the railway would cease to function', said Peter Broch, Senior Transport Economist in ADB's Southeast Asia Department. 'Cambodia's modern railway will be the backbone of a regional transport system interlinking Cambodia with major industrial and logistics centers in Bangkok and Ho Chi Minh City'.