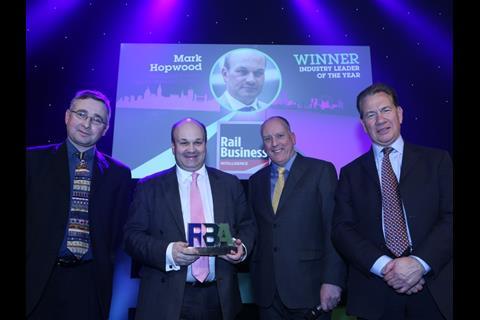 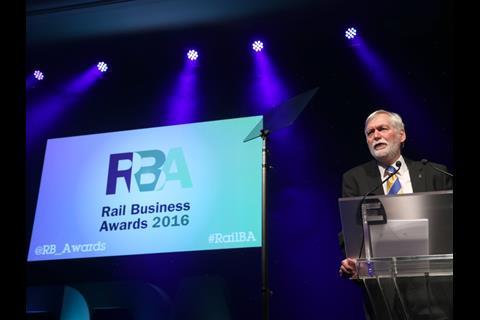 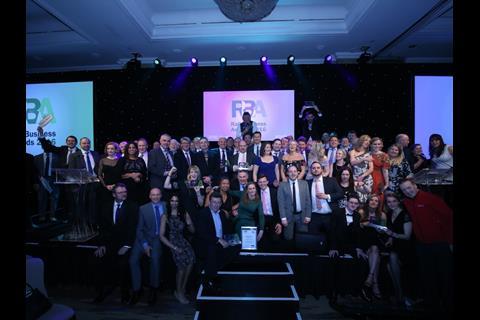 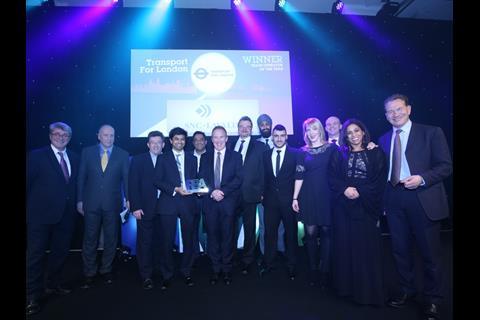 Hosted by Railway Gazette at London’s Hilton hotel on Park Lane on February 23, the event bought together around 600 senior executives and industry experts from across the UK rail sector. The awards were presented by former Transport Minister turned railway broadcaster Michael Portillo.

‘Over the past two decades RBA has become firmly established as a highlight of the UK rail industry calendar’, said Railway Gazette Editor-in-Chief Chris Jackson. ‘Recognising business, customer service and technical excellence, as well as individual achievements, these awards provide a valuable opportunity to pay tribute to all the hard work that goes on across the UK rail sector, day in, day out. The 17 awards attracted a broad range of entries, demonstrating that innovation and commitment are alive and well, despite some difficult times and a lot of negative headlines. Our panel of independent judges was faced with some very difficult decisions, and all of our winners can be justly proud of their achievements in a very strong field.’

Transport for London scooped the top award for Rail Business of the Year, with the judges noting that 2016 had been a strong year for all its rail operations, including London Underground, London Overground, TfL Rail and the Docklands Light Railway. London Underground was named Train Operator of the Year for the launch of Night Tube services; it also picked up the Digital Technology Award for its Automated Track Monitoring System and the Young Professional award went to LU project manager Helen Wright.

Great Western Railway Managing Director Mark Hopwood was named Industry Leader of the Year. The judges said that with a strong team behind him, he had demonstrated an ability to innovate at short notice and keep the trains running amidst one of Britain’s biggest infrastructure upgrading projects, while negotiating a new direct award franchise with significant investment commitments.