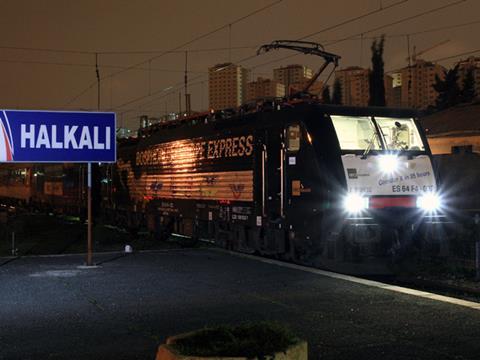 EUROPE: DB Schenker Rail is to introduce an intensive freight service between Germany and Turkey from September 2013, its Chairman Alexander Hedderich announced at the Transport Logistik event in München on June 5.

Termed ‘Bosporus Shuttle’, the service will initially comprise three trains each way per week between terminals in Germany and Halkalı on the outskirts of Istanbul. Turkish national operator TCDD will be responsible for providing train crew and traction within Turkey, with DB Schenker Rail’s local subsidiaries operating the trains in Bulgaria, Romania, Hungary, Austria and Germany. The operator says that customers will be ‘guaranteed high reliability’ because it is able to ‘offer end to end corridor management’.

The Bosporus Shuttle will carry both container traffic and wagonload consignments; transit time is expected to be five days. DB Schenker Rail intends to increase the frequency of the service to five train pairs per week at a later date.

Liberalisation of the Turkish rail market is now underway, raising the medium-term prospect of DB Schenker operating the service throughout under open-access provisions.