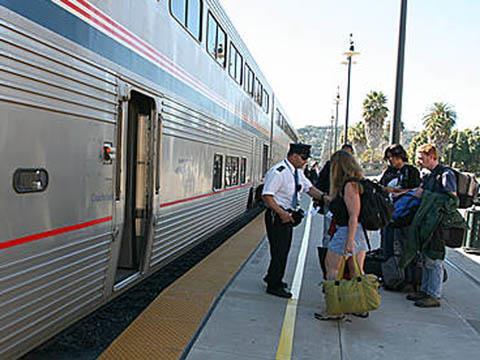 USA: US Transportation Secretary Ray LaHood announced on August 31 that ‘uniform technical standards’ were to be introduced for the design of inter-city passenger coaches to ‘enhance the ability of US manufacturers to compete’ in the market.

The Department of Transportation believes that adoption of a common design with fixed technical parameters and common components would reduce the cost of production, staff training and whole-life maintenance. The first set of standards covers the design of double-deck coaches for long-distance trains, and a similar framework for single-deck coaches is expected by the end of the year.

The standards will require the vehicles to comply with the Americans with Disabilities Act, meet tighter crashworthiness requirements than those currently enforced, and be compatible with existing locomotives and coaching stock.

The introduction of a common design framework was a requirement of the 2008 Passenger Railroad Investment & Improvement Act. The Federal Railroad Administration, Amtrak, state transport departments and members of the supply industry were all involved in drafting the standards.