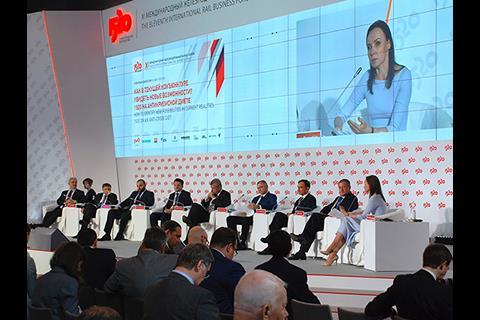 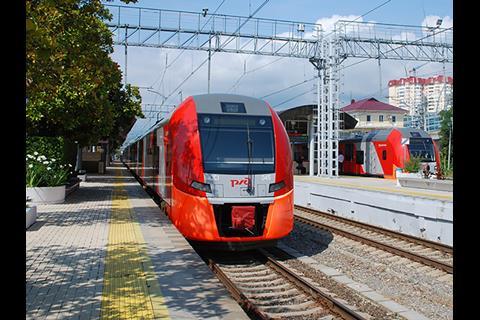 INTERNATIONAL: Prioritising planned developments in the 1 520 mm gauge area and co-ordinating efforts to create a better environment for Eurasian rail customers are the main themes of the XI International Rail Business Forum 1520 Strategic Partnership, which is being held in Sochi on June 1–3. The event has brought 1 300 people from more than 35 countries to the Russian resort.

In his opening speech, Russian Railways President Oleg Belozerov emphasised that the main challenge was to create an integrated infrastructure platform for international traffic in the 1520 mm gauge area, which covers the former Soviet Union, Finland and Mongolia, with extensions into neighbouring countries. He also highlighted two international developments of particular importance to RZD: the Allegro passenger service between St Petersburg and Helsinki, and the company’s joint venture projects in Indonesia.

Negative trends included economic sanctions on Russia, with a 30% reduction in imports including a 41% drop in imports from the EU, and a 37% decline in transit rail freight. As a result of this, he explained, RZD would now focus on the Asia-Pacific region to develop the Primorye 1 and Primorye 2 transport corridors between its far eastern regions and China. RZD is also focusing on the 7 200 km North-South corridor from St Petersburg to Mumbai via Iran. On June 2 it signed a tripartite agreement with the national railways of Iran and Azerbaijan for further development of the North-South corridor. The first Bandar Abbas – Moscow container train is expected to run shortly.

RZD also signed an agreement with Kazakhstan’s KTZ for co-operation on the electronic interchange of international freight consignment notes and communications with customs authorities. A similar agreement had previously been signed with Belarusian Railways. An annex covers the protection of confidential commercial and technical information.