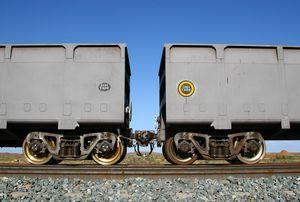 AUSTRALIA: Queensland's Smart State Research Partnerships programme has approved a A$670 000 grant towards the development of a Train Health Advisory System at CQ University's Centre for Railway Engineering.

The university had previously been awarded A$869 500 to develop OzECP electronically controlled pneumatic braking in partnerships with QR and Faiveley Transport.

'Both technologies require a train-wire for power and information transfer, and developing the two products together will allow a package of options to be offered to railway operators at reduced costs', said Associate Professor Colin Cole. Development is being undertaken with Rail Innovation Australia, which was created to commercialise the intellectual property of the Co-operative Research Centre for Railway Engineering & Technologies.

Cole said the Train Health Advisory System will reduce the risk of derailments by identifying faults such as wheel unloading, dragging equipment, wheel flats and hunting.

'The system also has the capability of giving a daily maintenance and safety report of track, rolling stock and train operations', he said. 'As the conditions of track and rolling stock are known on a daily basis, this exciting technology offers possibilities including an improved focus of maintenance efforts and the achievement of faster line and average speeds where conditions allow.'